ESD (electrostatic discharge) is defined as the transfer of electric charge, which takes place when two objects which have been charged to different electric potentials are brought in contact with one another or when two objects which have different electric potentials due to static induction are brought in contact with one another. ESD can cause product defects as well as equipment failures which result in an unforeseen accident. The most common example of damage caused by electrostatic discharge is when a charged worker or tool touches a grounded device which has a low resistance to static electricity. 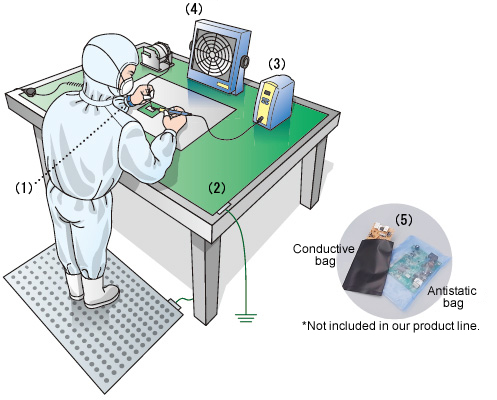